The summer months are especially busy times for colleges and 6th forms throughout the UK as they try to attract school leavers for the start of the September term. 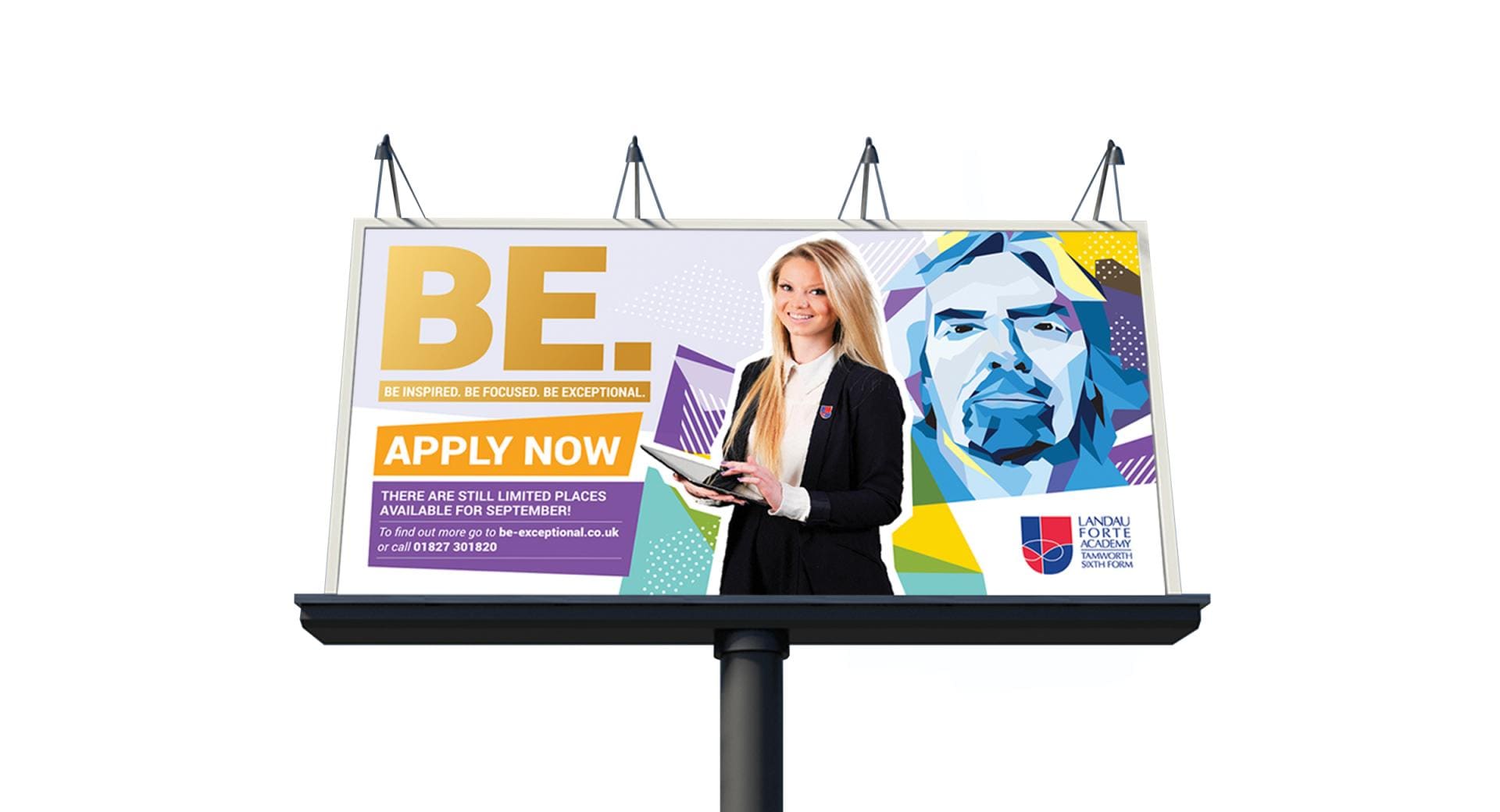 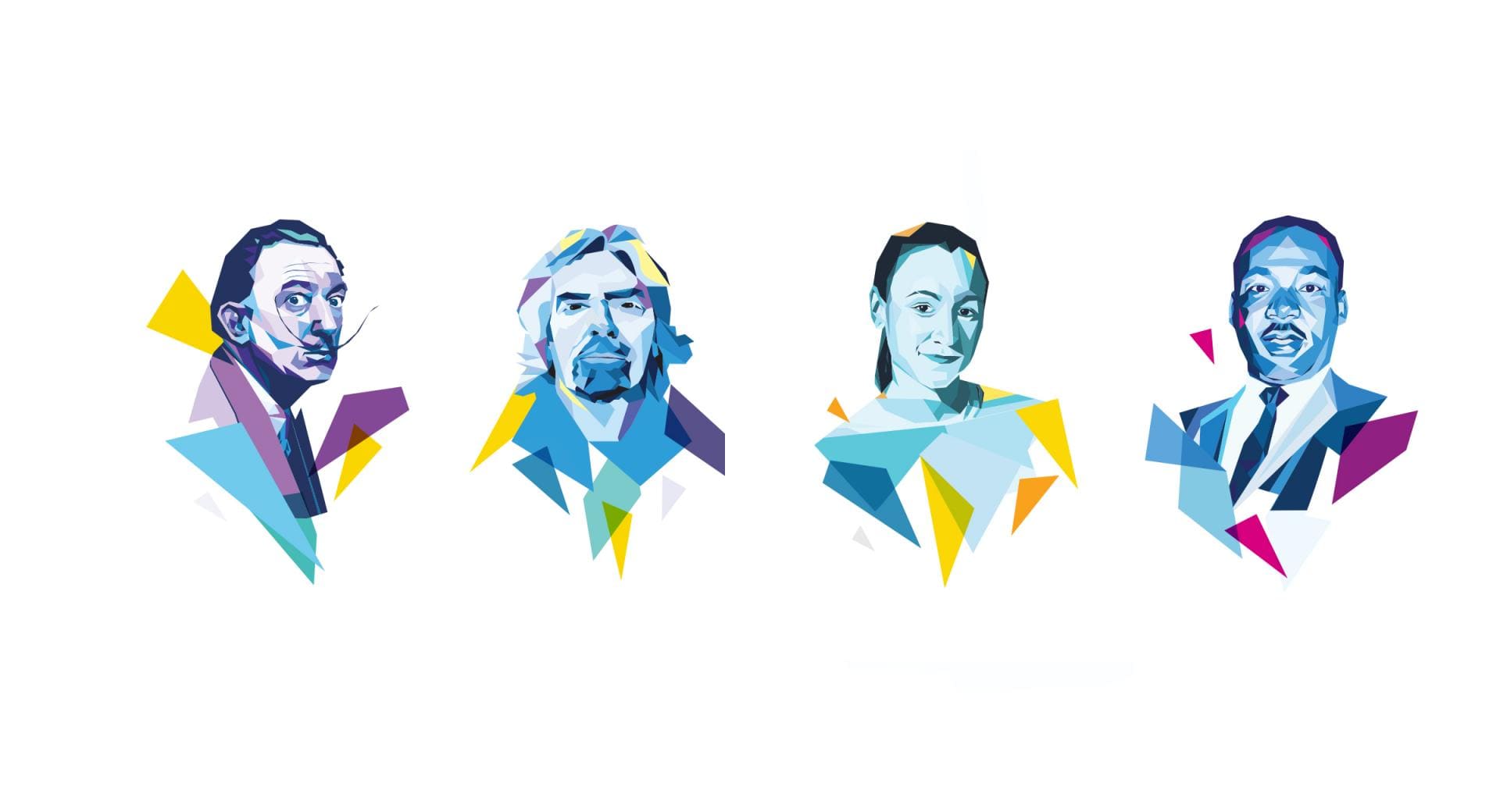 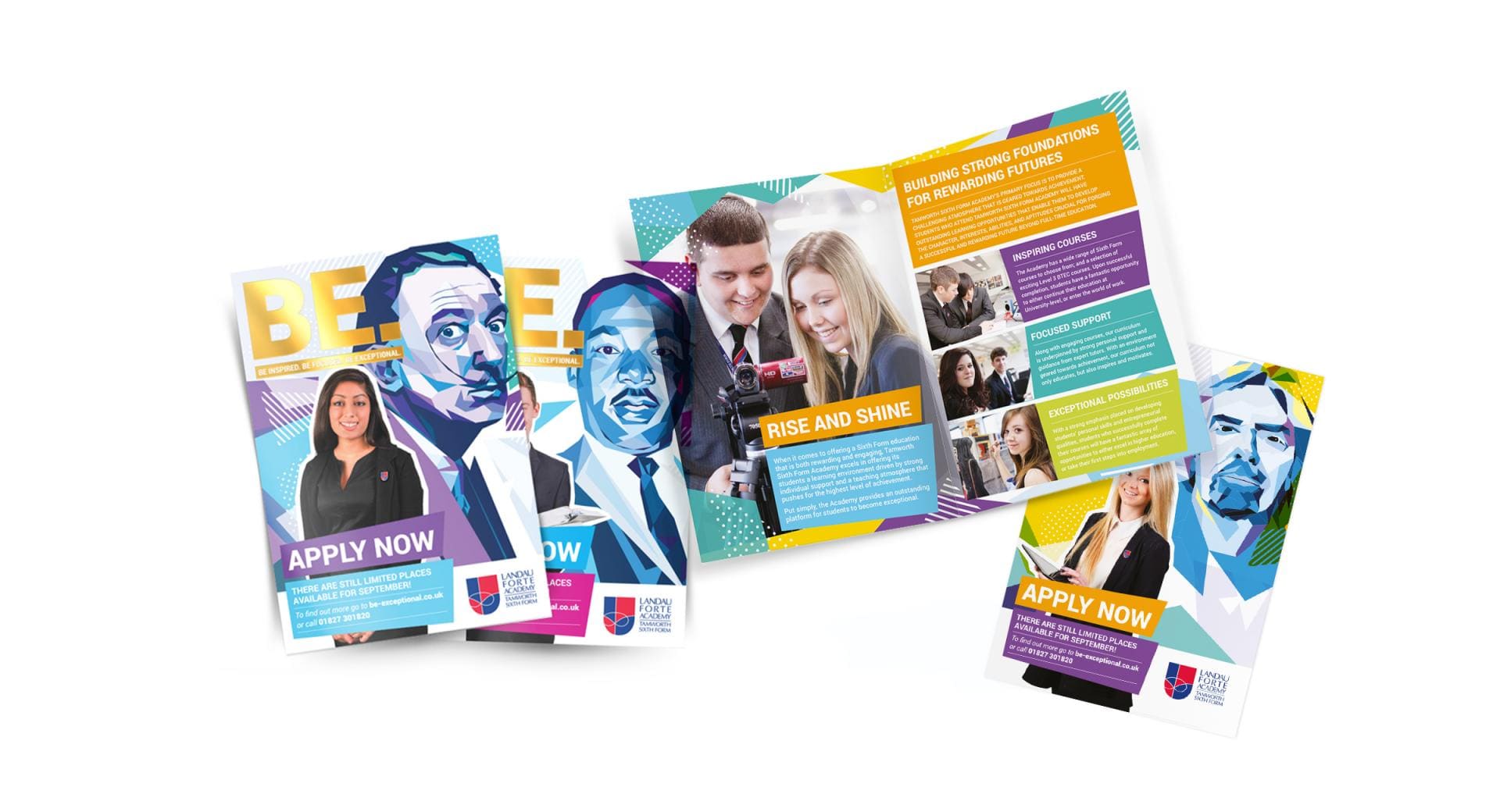 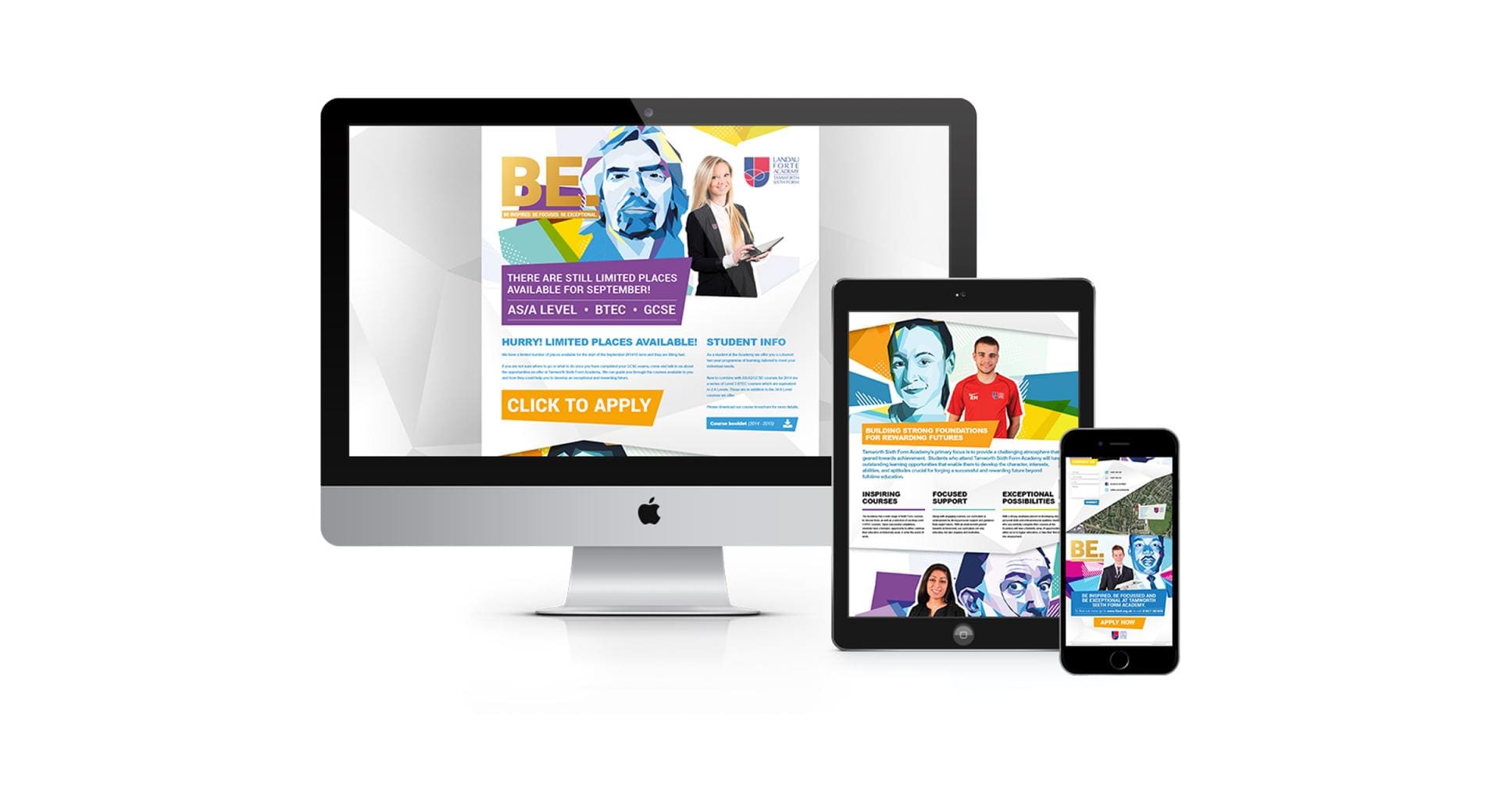 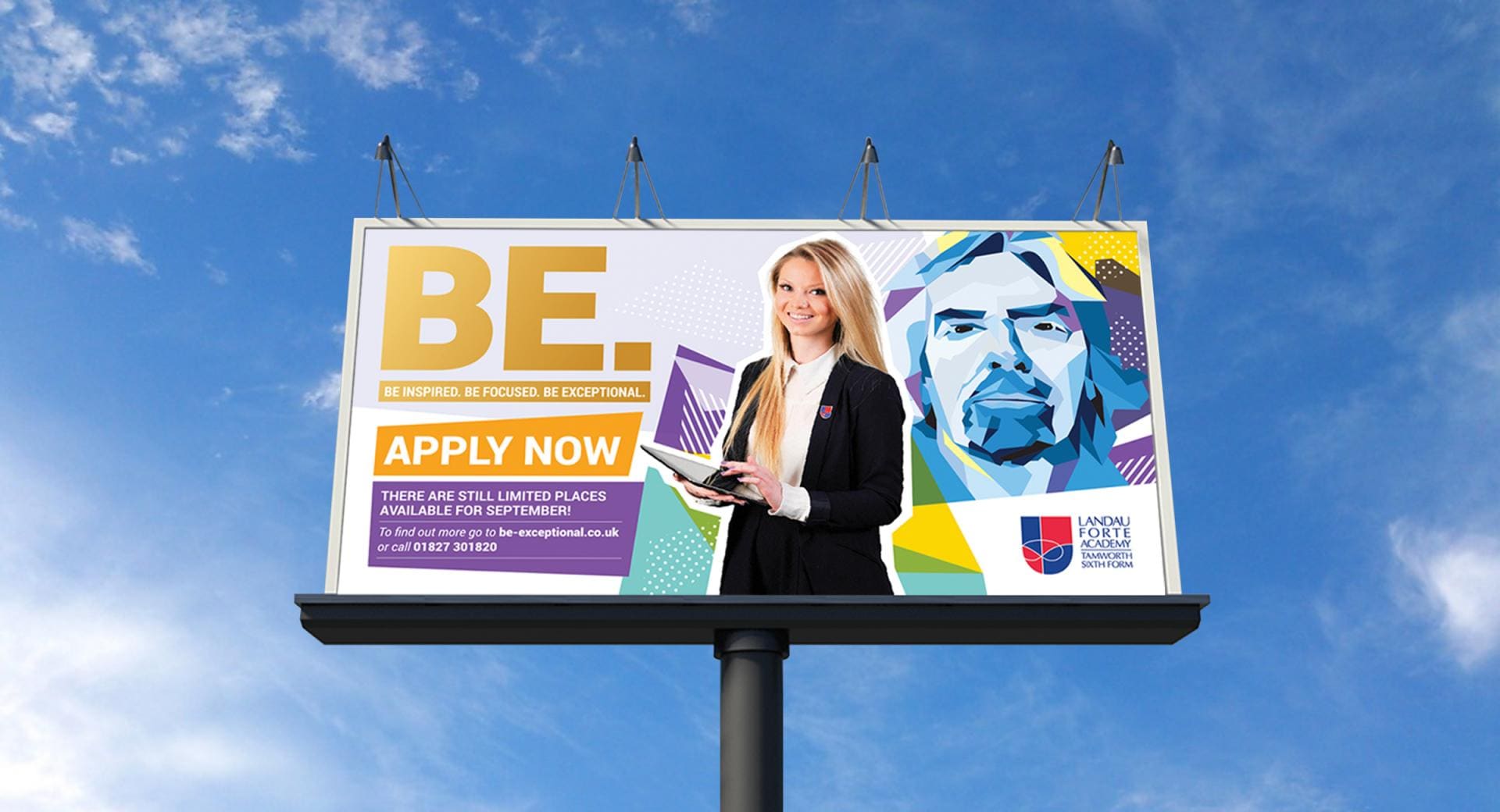 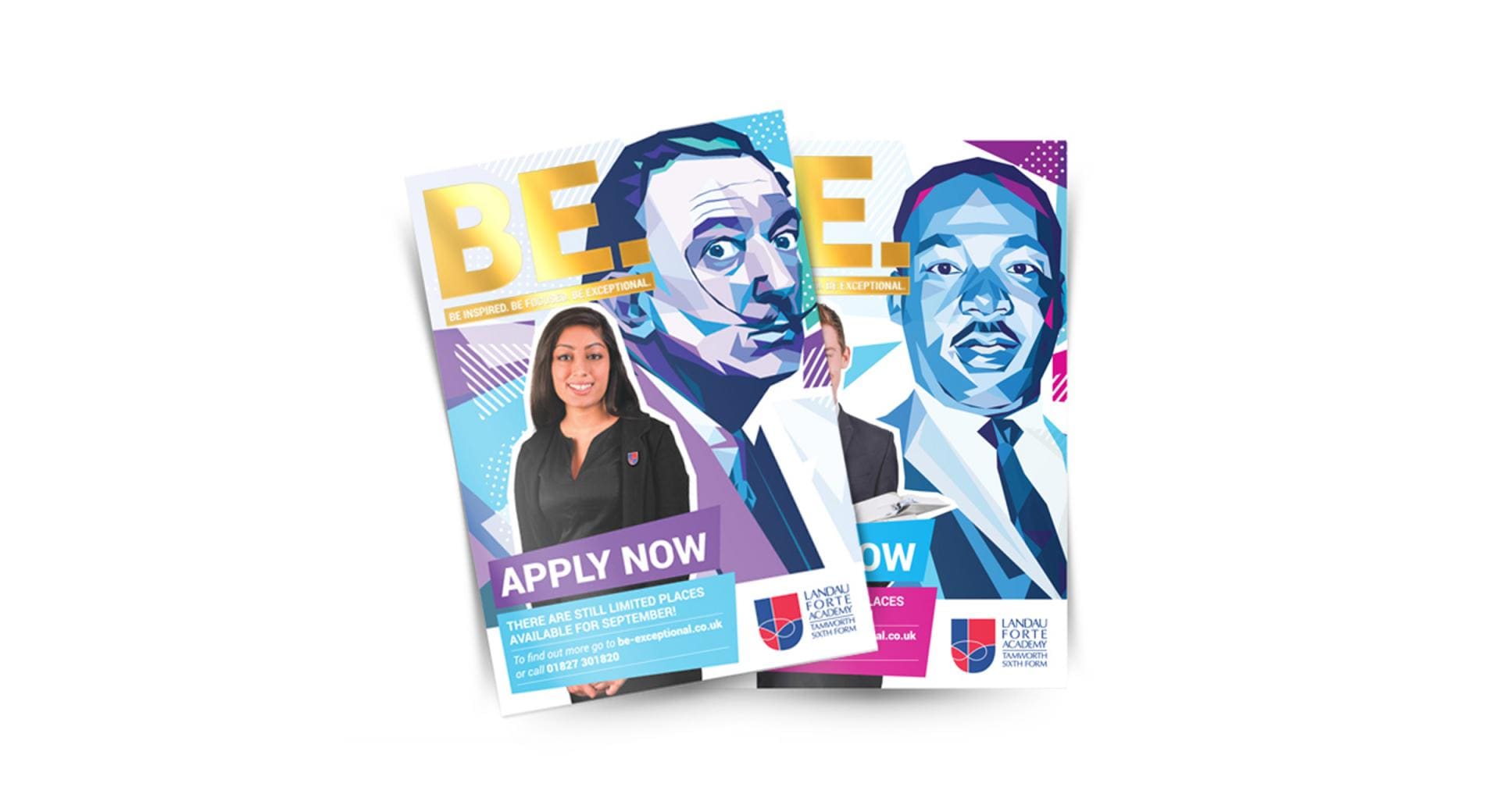 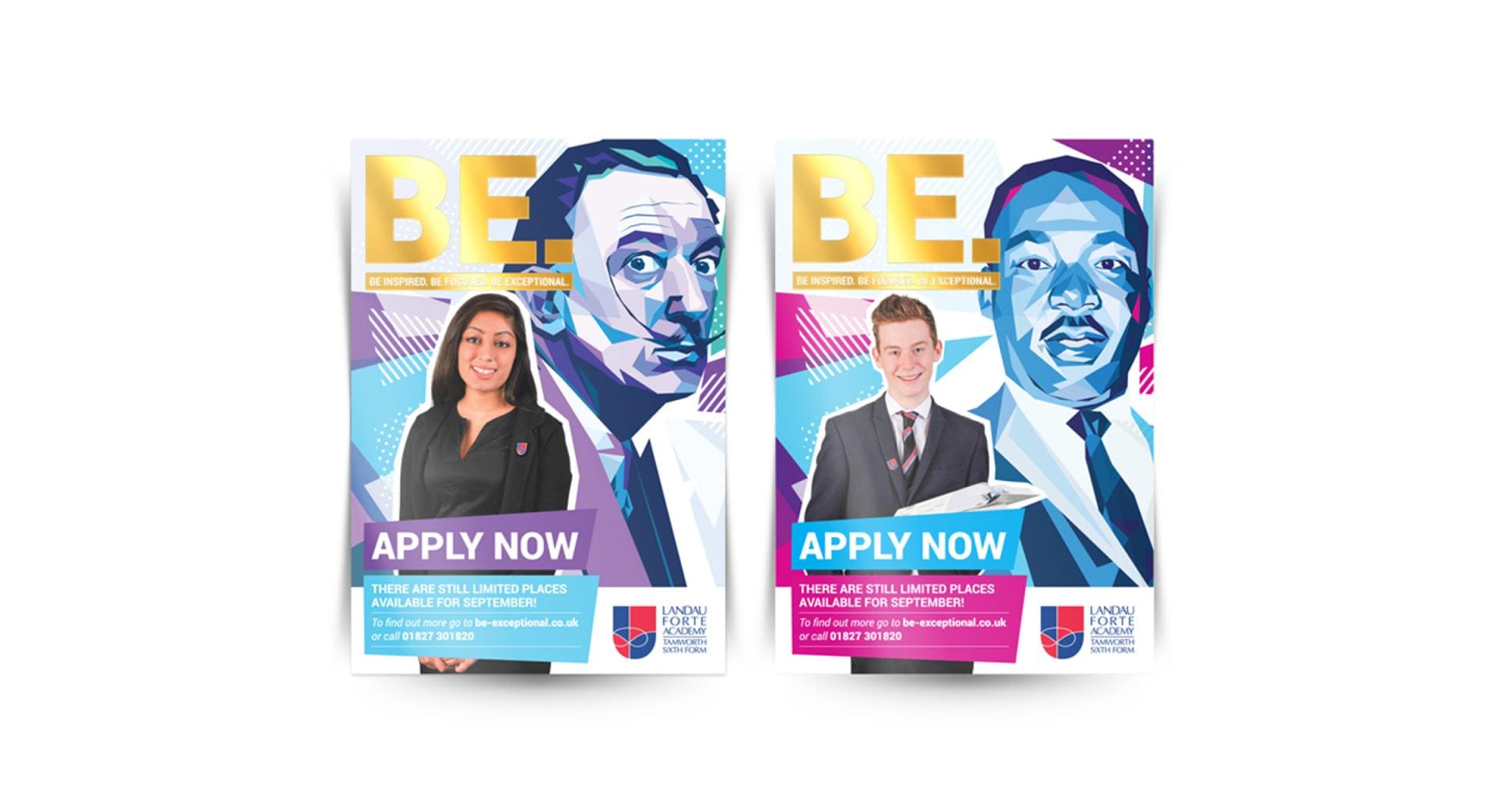 Marketing Consultation for the Education Sector

Landau Forte 6th Form Academy in Tamworth were no different; they were looking for an experienced team of marketing consultants to help them drive applications for the start of the 2014/15 term and create a campaign that would boost applications to the Academy.

For this particular campaign, our team of graphic designers looked at focussing on what young peoples aspirations were and, in particular, who would inspire them to stay in education and study for a rewarding future.  We looked at notable successful people in business, politics, health, science and art as these were areas that Landau Forte’s academy focus on in their curriculum and were also keen to promote.

As well as producing a series of striking advertising pieces (including billboard designs, direct mailer handouts and newspaper adverts), our website designers & developers also designed a microsite to supplement the campaign and allowed visitors to learn more about the Academy and download useful course information.

Successful Design and Delivery of On Brand Billboard, Print and Online Material

To complement the printed media, the web developers here at TFA also put together a series of highly targeted Facebook adverts that drove people to the microsite we created.  Being an experienced social media agency has made us extremely adept at creating adverts for Facebook that not only precisely target the people the Academy wanted to attract, but could also offer a tangible ROI thanks to in-depth reporting and analysis.

The campaign so far has received very positive feedback from both Landau forte and the wider public.  The large 48-sheet billboards will be in-place in key areas around the Tamworth and Birmingham areas throughout August 2014, whilst the microsite and Facebook campaign are currently ongoing. 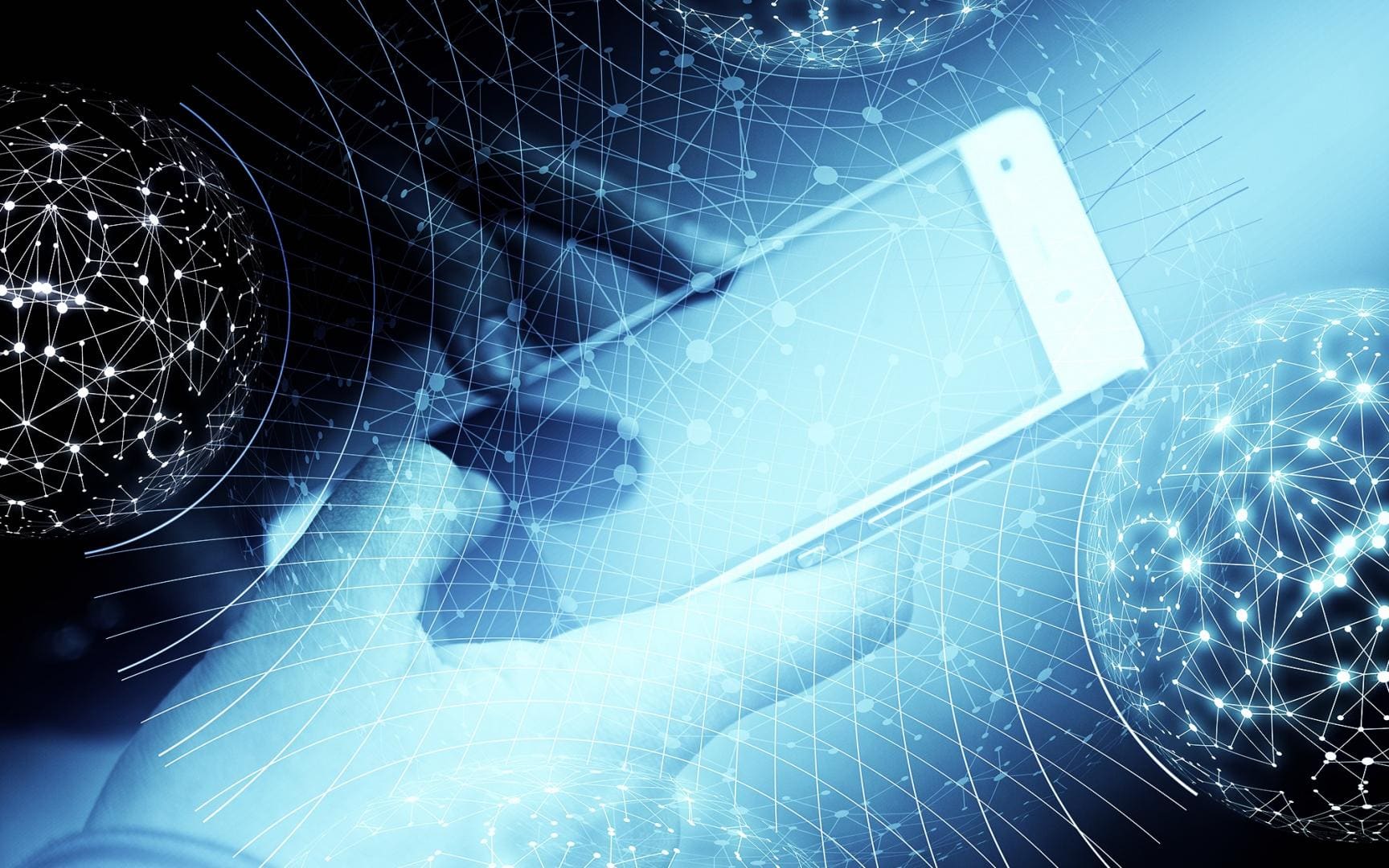 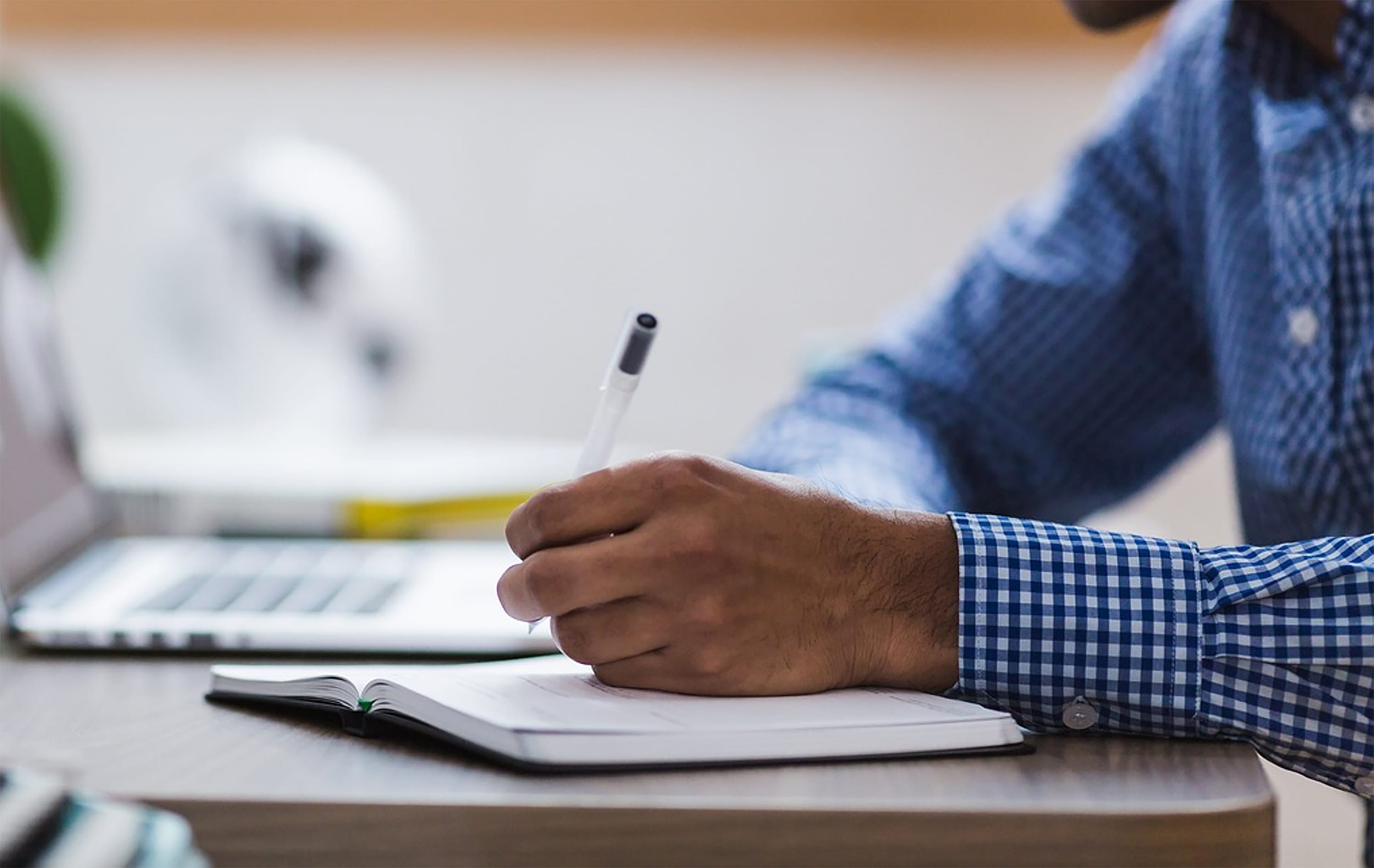